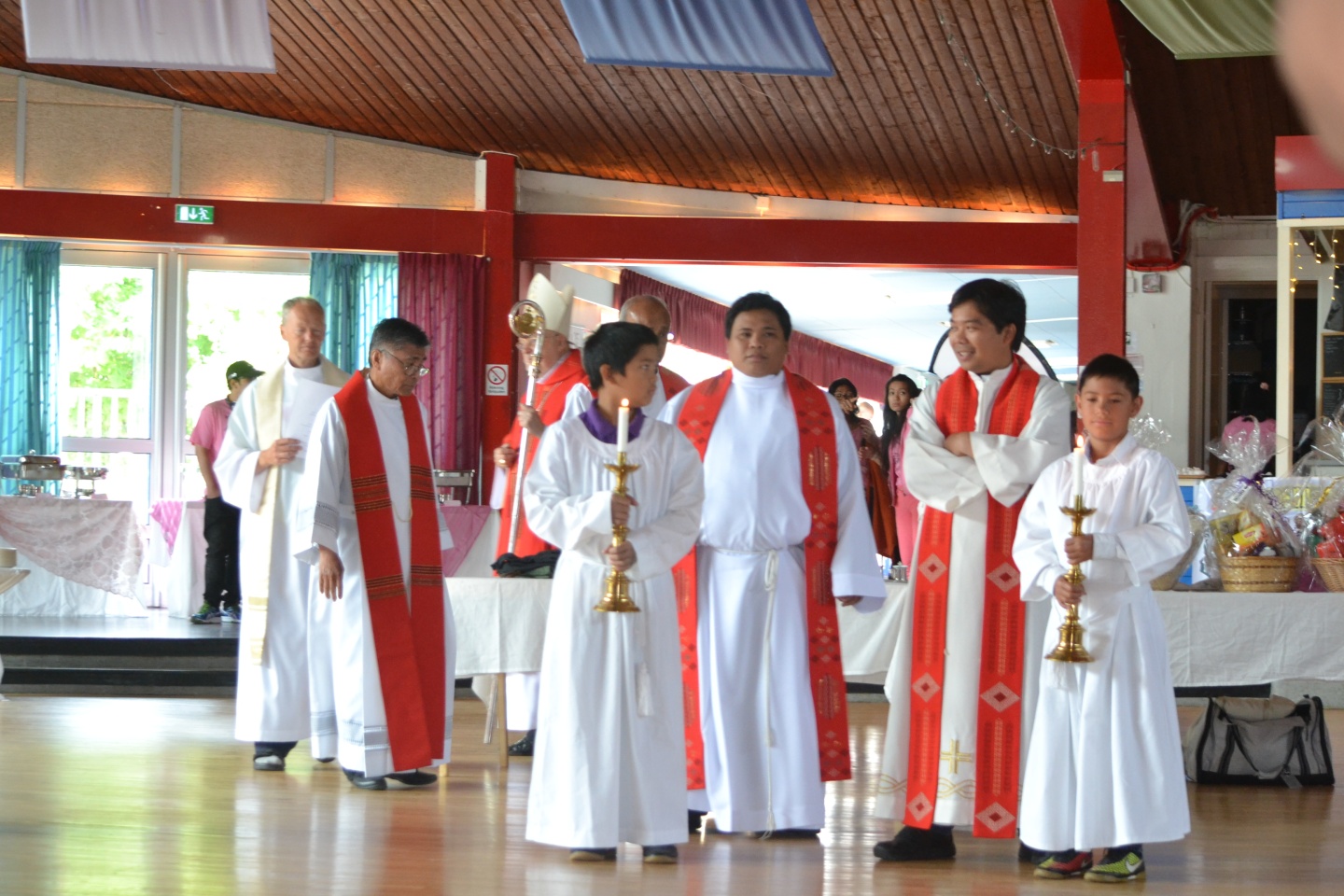 The FCC General Assembly in Sweden

Next year’s (2017) Filipino Christian Communities in Sweden General Assembly will be the 9th FCC Assembly spearheaded by the Filipino Mission in Sweden. The first such assembly was held August 2009 at the St. Nikolai Parish in Linköping. During that event, a decision was made by those who participated that this activity would be made annual. So a raffle was done and The Filipino Christian Community in Helsingborg was chosen as the host community for the Second General Aassembly (2010). This was respectively followed by Stockholm (2011), and Malmö (2012), Göteborg (2013), Trollhättan-Vänersborg (2014), Örebro (2015), Gävle (2016).

Rationale
Some of you might ask why do we have this General Assembly. This question is related to the reason why is there a Filipino Mission in Sweden. Well a little history might help explain.
Few years back, the Bishop of the Catholic Diocese of Stockholm,  Bp. Arborelius Anders, OCD, concerned about the increasing number of Filipinos in Sweden, requested the Congregation of the Passion of Jesus Christ for Filipino Priests to work and start the Filipino Mission in the Diocese of Stockholm (which comprises the whole of Sweden) and, among others, to carry out the Diocese’s Pastoral Care Ministry for the Filipinos.
An arrangement was made later, and the first Filipino Passionist Priest, Fr. Gabriel Baldostamon, C.P. was sent to Sweden and was stationed first in Vår Frälsares Församling in Malmö. Then another one, Fr. Roberto Wapano, CP joined Fr. Gabriel. In August 2008, the Bishop entrusted to our care the St. Nikolai Parish in Linköping where we are presently based.
One of our ministries in the Diocese is, as mentioned, to provide Pastoral Care for the Filipinos in Sweden. Fr. Gabriel started contacting various Filipino Groups and visited them regularly, organizing them and celebrating mass with them. After a while, a number of Filipino Christian Communities had been identified and regularly visited,namely: Malmö, Göteborg, Trollhättan-Vänersborg, and Stockholm.
With the coming of Fr. Roberto B. Wapaño, C.P., another Filipino communities were organized in Helsingborg, Halmstad, Linköping, Norrköping, Täby and Gävle.
With the arrival of Fr. Nelson Caserial, C.P. And Fr. Roño Toledo ,C.P. , considerable expansions were made in Örebro, Skövde, Luleå, Borås, Enköping, Sundsvall, Uppsala,, Gällivare-Kiruna, Varberg, Jönköping, Skellefteå, Kristianstad, Kalmar, and Västerås.
As of the present, the Fill-Mission in Sweden extends Pastoral Care to the twenty two (22) Filipino Christian Communities.
In our travels and visits, we have discovered that a lot of Filipinos, majority of whom are catholic, have been cut off from the Church. We also discovered that they are not only cut off from the life of the Church, they are also cut off from one another mostly in terms of individualistic groupings, so characteristic of Filipinos back home. There are so many Filipino Groups here in Sweden and mostly are not so welcoming towards one another. In some areas, there exists animosity between or among the groups. There are walls to be destroyed and there is a challenge to build bridges instead of walls so that we, Filipinos in Sweden, can be united.
This is the background why the Filipino Mission in Sweden thought of holding a General Assembly whereby the Filipinos can come together as one family united by one faith in our Lord Jesus Christ, enjoy each others presence, share talents, pray together, celebrate and share the Eucharist, sing and dance together, share food, eat together, play together, tell stories, establish contacts with others from other places and listen to Spiritual talks together. Isn’t this beautiful?
We hope that in this Assembly, the walls that we have established to separate us from one another oftentimes with unchristian attitude of personal hatred or dislikes, self-and group- centeredness, might be brought down by the force of our love and concern for one another which is inspired by our Love for God. And hopefully, this experience might become the rule, instead of as an exception, in our life here in Sweden as Filipino Christians.
So please come and be counted as one of God’s instruments in destroying the walls of separation and create a new way of being a believer in this secular country. In this way, together we can be effective living witnesses to our Faith, witnesses to the possibility of living as one, united under the headship of our Lord Jesus Christ, characterized by self-sacrificing love. Isn’t it nice to hear from non-believer commenting, “ see how they love and enjoy one another!”